skip to main | skip to sidebar

Following a small series of post and discussions on Mark wadsworth's blog about good kitchen design, here is my tuppenyworth. Personally I reckon the previous examples were a bit too - urban? Here is our version of a kitchen in a house in the countryside. It is an 'action shot'. I was engaed in making toad int he hole, with roast potatoes, sauted carrots and cabbage with onion gravy. 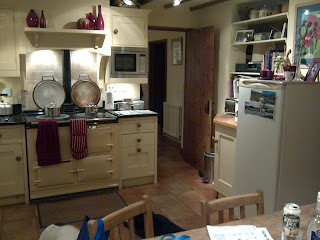 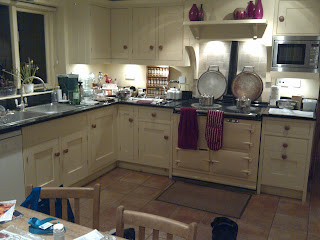 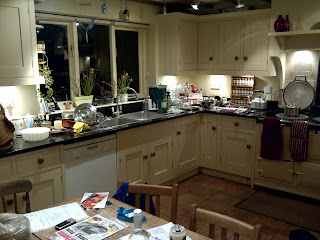 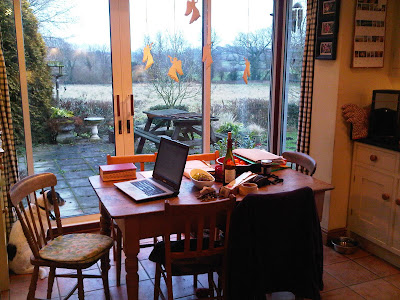 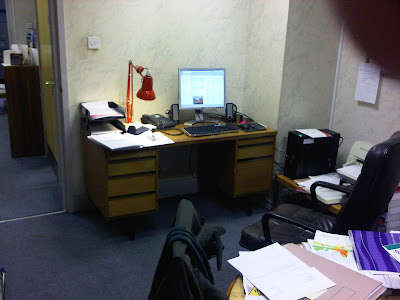 The Truth Really isn't in Them, is it?

A friend of mine, in the FS business, writes occasional articles for the trade press, who frequently censor them. Here's a recent piece I thought you'd like to share, in its unedited form.

For the last six months I have been involved in a dreary correspondence with Paul, Lord Myners, via my own MP, regarding Myners June 2009 submission to the Joint Committee on Human Rights regarding the surreptitious removal of the 15-year longstop defence.

Readers may recall that the Committee decided that the matter was not of sufficient importance and this was primarily due to Myners advising them that, “The FOS rules were consulted on extensively before they came into force on 1 December 2001”. He also stated, “The Limitation Act 1980 does not apply to the FOS, a point that was discussed and considered when the Financial Services and Markets Act 2000 was being debated by Parliament.”

This January he again chose to re-write history and complained, “My letter (to the Committee) does not refer either to Parliament debating the removal of the longstop or to the FSA entering into extensive consultation on the issue.”

His latest missive, dated 14 March, asserts that, “The FSA consulted, in parallel, on the detailed rules including those covering the Ombudsman. I note, for example, that the question of time limits for making a complaint to the FOS was discussed in the joint FSA/FOS consultation paper CP33.”

The words ‘truth’ and ‘economical’ do not do justice to this ongoing fiction and he must gratified by the knowledge that non-elected Ministers cannot be deselected or pushed out by the electorate.

A scrutiny of his various points is clearly in order. CP33 did indeed consult on time limits for complaints but not only was the 15-year longstop never discussed, it was not even mentioned. The feedback statement, CP49, was published in May 2000 and contained an important proposal at s173. “Alignment with the English law of limitations in respect of the time limit for making a complaint to the Scheme after the act or omission giving rise to the matter in question.”

Again, there is no specific mention of the longstop, but a crystal clear proposal that the FOS time limits would reflect those of the court system.

A policy statement was published in December 2000 and, no surprise, no specific mention was made of the longstop. A subtle wording change emerged at s1.13 where it stated, “As envisaged in CP49, the time limits for bringing a complaint to the FOS broadly mirror the law of limitation in respect of bringing actions to court.”

The question is, are we dealing with semantics or are we being subjected to downright lies? No doubt you will draw your own conclusions.

So, did Lord Myners tell the Joint Committee that the disapplication of the Limitation Act was discussed and considered by Parliament when debating the bill? Yes. Did this actually happen? No.

Did Lord Myners state that the FSA consulted extensively on the FOS scheme rules before they came into force? Yes. Did this actually happen? Yes and no – the FSA did consult and as we have seen they did propose that the time limit rules would mirror those within English Law but they did not ever mention the removal or retention of the longstop. Furthermore, within the minutes of the FSA Board Meeting, dated 18 September 2003, the then CEO, John Tiner, stated unequivocally, “”We did not consult on having a 15 year limitation period when DISP was consulted on.”

None of this is accidental. Financial firms have been duped and maybe even laughed at. A rich vein of disingenuity can be located throughout this unsavoury episode. Untruths, vagueness, hints, suggestions, subtle adjustments and outright porkies have all been on display. Is it any wonder that such people are despised?

At a recent meeting, Michael Fallon MP Chairman of the Treasury Sub-committee expressed disquiet regarding the removal of advisers rights. These verbal shenanigans should be of equal concern and it is to be hoped that Lord Myners is called before them to explain his elastic terminology.
Posted by Lola at 14:40 No comments:

Someone pointed this out to me. Excellent. Thanks
Posted by Lola at 19:59 No comments:

All my life I have been interested in politics, but not truly interested, if you know what I mean. Look, I am very engaged with the fight for continuing freedom from the dark forces of the left and the right, especially the left. By I cannot be arsed with 'politicking' as you might say. All that endless manoeuvring and sitting in committees and plotting about power. But, in all that time my adversaries, who have been mostly lefties, have been not just willing to do all this, but actually find it fun.
Perhaps this is the problem in the lefty vs freedom battle. Freedom is essentially anti politics. It has lots of stuff much more important and more fun and creative to do than sitting about in endless committees not really achieving anything real. There is no enthusiasm for politics, unlike with the lefties who find it all utterly absorbing.
It would seem then that freedom is always on the defensive. It has to stay alert for the next assault and seek to stop it. Dead. Trouble is this takes time away of doing more important stuff and it is very wearying. You just want them to go away and leave you right alone. It is far easier to keep on the attack if it is your enthusiasm than it is to defend against that energy if it is not.
This will always be the problem for the major party of freedom in the UK, the Tories. Not that the Tories are very freedom conscious, they are too latently oligarchical for that. They exist as the only major not politics political party. But if they stay as they are now as a sort Labour Right it will get harder and harder for them to achieve electoral success as there is no clear differentiator between them and New Labour. To be successful they may have to move more to the right, or in my terms further to the centre, to more freedom, or bluntly towards Libertarianism. This philosophy, which is in itself a sort of anti- philosophy - should take us towards the top of the circle, to freedom, and let the lefties and righties slide down each side into irrelevance.
And if this is the case and it does succeed what's next? Where does the effective opposition come from? Well, maybe it will come from an alliance between the parties of right and left. After all they both have totalitarian aims, it's just that they get their by slightly different routes.
Whatever, freedom lovers still have a problem with their own apathy, well not apathy but real, justified and commonsensible aversion to wasting their lives in smoked filled rooms when they could be doing other much more important things, like, for example, walking the dogs in the fresh air on a spring morning.
Posted by Lola at 23:24 No comments: 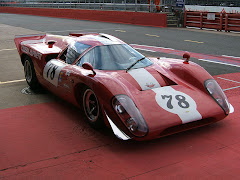 Lola
Middle aged, middle class, middle height, middle weight, middle IQ, in fact just middling. Except that I am anything but middling furious about the current UK government. I am apoplectic.